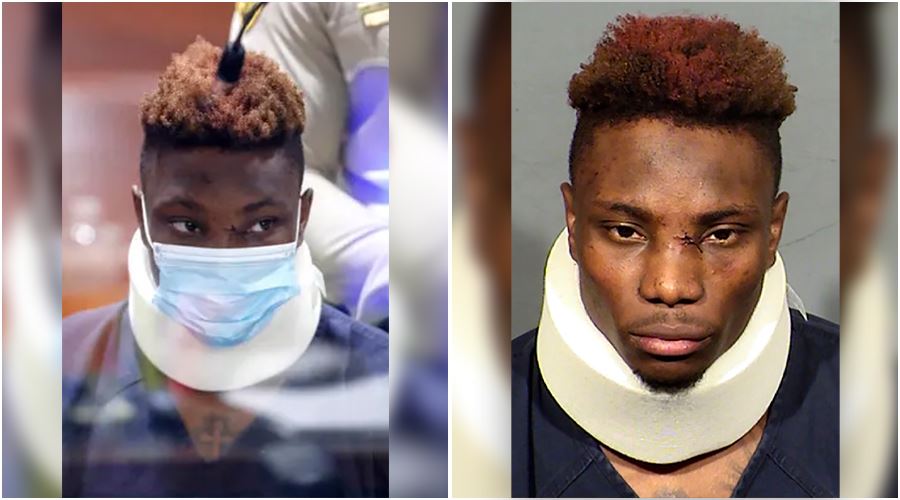 Henry James Ruggs III, an American football wide receiver and former Las Vegas Raiders wide receiver is facing three additional charges. This charge includes a fiery car crash in which a 23-year-old woman and her dog died on November 2, 2021. In addition, prosecutors are planning to file charges of DUI resulting in death by reckless driving, bodily harm, and a misdemeanor charge of possessing a firearm while under the influence.

The night of 2nd November 2021 was the most horrific and career-ending night for Henry Ruggs. According to the prosecutors and police of Las Vegas, 23 years old woman named Tintor gets killed in a car accident with Henry’s car. Hours before the accident, Ruggs and his girlfriend Kiara Kilgo Washington were caught drinking heavily at the Topgolf location in Las Vegas. After drinking they left without any driver and started driving his heavily modified Chevrolet Corvette Stingray known as Lizzy recklessly.

According to the police digital evidence, they were seen driving this Lizzy at the top speed of 156 miles per hour (251 Km/H) at about 3:39 am in the street. Then suddenly Tintor’s car i.e. Toyota RAV4 appeared in his sight coming from the opposite side. Ruggs attempted to panic control his car but failed. And ends up crashing his car with a speed of 120 miles per hour (190 Km/H) into Tintor’s car. After several rolls, flames start coming from Tintor’s car and end up blowing up due to an explosion.

According to the police, Tintor and her dog were burnt to death in this explosion. However, Ruggs and her Girlfriend survived after some usual injuries as they get hospitalized at the right time. His girlfriend got severely harmed in this accident, however, she has to face many injuries and even received arm surgery. Due to this mistake, Henry lost his career, getting punished for almost all his life. Some cases have been charged against him and some are in progress now.

However, HenryRuggshas have already been charged with DUI (driving under the influence resulting in death) and reckless driving. With the sum of all these charges, Henry has to face 46 years behind the bars. Henry’s blood level was double the legal limit. Therefore he was also responsible for the injuries that his girlfriend (Kiara Je’nai Kilgo Washington) bear in that crash. She received surgery on her arm due to injuries.

However, Ruggs got released from prison by paying a $150,000 bond. He is now house-prisoned and must stay confined to his home. There is a tracing monitor fitted on his ankle so he cannot escape his house. Passport of Henry is in the custody of the Police. If he even ever tries to escape or destroy this monitor device the police will go there instantly and punish him. Moreover, Court also bans him from consuming alcohol and driving.