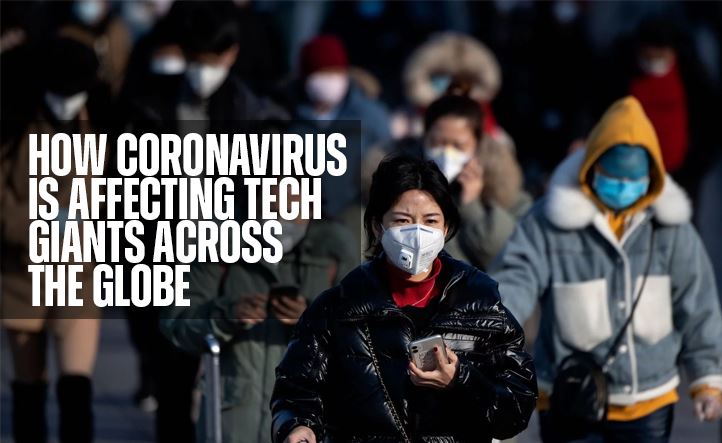 How Coronavirus Is Affecting Tech Giants Across the Globe

The recent tech show in Spain was a spectacle as several tech giants, such as Amazon & Sony, pulled out of it due to the lingering scare of coronavirus. Moreover, many Chinese tourists were prevented from entering the show for safety precautions. This put an even greater strain on tech enthusiasts coming from China that could lead to a potential downfall in the buyer’s market for the latest products by Silicon Valley leaders.

Previously, there has been already a major overhaul done by Apple by laying off some of the people who were deemed to be troubled. So how will this respiratory illness shape the course for big tech companies in the future?

It’s no secret that this deadly virus is causing great damage to the tech industry. There have been closures of outlets, factories & stores. Already dubbed as the latest threat to public health by health organizations, coronavirus has exceeded the death toll than that of SARS which occurred almost seventeen years ago.

The main impact has been the constraint on traveling & mobilization of people trying to explore the latest products & services offered by tech companies. The majority of top Chinese brands have gone as far as avoiding complete one to one contact among employees & encouraging them to work on a remote basis in order to stop employees from contracting the virus.

As far as the US companies are concerned, the main concern is traveling & meeting potential investors & buyers in China.

Apple, the numero uno among tech companies, has already closed many outlets in the main territories of china which have been previously a great source of sales. It’s pretty obvious that the outbreak has wreaked a mild amount of havoc already. Although there have been makeshift supply chain arrangements in place already, it still doesn’t refute the fact that there is still a lot to be seen in terms of how things play out for local suppliers.

If you’re someone who wants to buy glasses online by Google, you may have to halt. The global search engine leader has already halted its operations in China, shutting down the majority of its stores. It’s almost likely as if others would follow suit by ceasing some portion of their operations. Some Japanese & Korean brands have already started to refrain from taking initiatives with regards to showing off their latest products in China.

Will Things Stay The Same?

It still remains to be seen how soon the virus can be curtailed by the Chinese government. There have been reported cases of coronavirus patients in countries like the UK, USA & Canada, which has only increased the amount of apprehension in the global sphere.

If the virus does get contained & treated in the forseeable future, things would return back to normal. However, in the present scheme of things, tech companies are still biding their time to take things back to the way they were once the outbreak is reduced to the minimum possible stage.