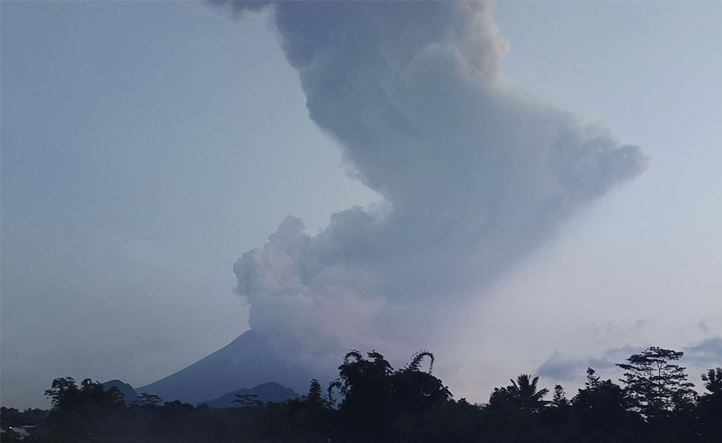 Located somewhere near Central Java & the region of Yogyakarta, Mount Merapi erupted yesterday. It emitted ashes that went as high as 6 km in the sky. Aviation authorities feel concerned about the interference caused by this smoke.

The 3000-meter tall mountain is one of the most active volcanos in Indonesia. The eruption has further caused the formation of clouds that are as wide as 2 km. Ashes fell as far as 10 k within the radius of the volcano. The whole emission lasted for about eight minutes.

Residents living in surrounding areas reported a thunderous explosion before the eruption. This caused chaos to ensue. Although there were no deaths reported, Indonesian authorities are still carrying out precautions. People are being told to wear gas masks, safety glasses & other PPE.

Furthermore, there is a restricted area being set up of 3 km. This was Mount Merapi's most intense explosion since 1930, during which the death toll was 1300 lives. Indonesia is an archipelago that has almost 100+ active volcanos. Mount Tambora caused the deadliest eruption to take place back in 1815. The death toll amounted to 250,000, causing 1816 to be 'the year without summer'.