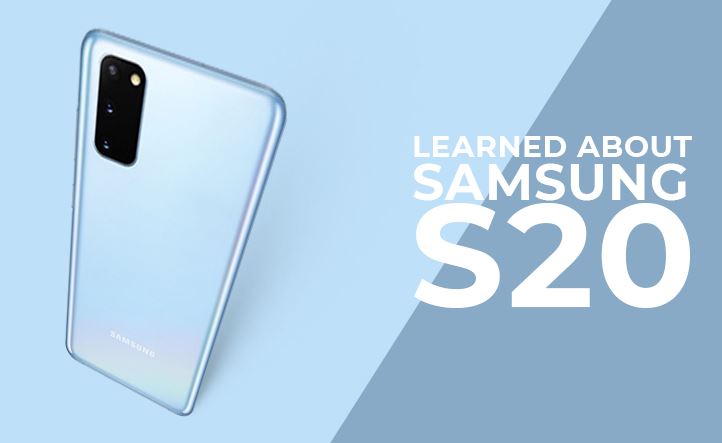 What We Learned About Samsung S20 So Far At Unpacked 2020

Samsung revealed it’s latest flagship phone yesterday on the 11th of Feb to let people have a taste of what may be the most anticipated smartphones of the year 2020. Unpacked 2020 event also revealed the Galaxy Z Flip & Buds+, both being released on the 14th of Feb (that could make the perfect gift for your Valentine as well). Nevertheless, the final available date for S20 is March 13th, 2020.

On the whole, Samsung is firing on all four cylinders to be on top of their game when it comes to dominating the smartphone market with the most cutting edge upgrades & astounding features. Although doing so will only take the price up a notch, early adopters will pave way for more consumers to try out the latest features these smartphones offer. In 2020, 5G, in particular, would one of the defining factors of how tech giants decide to position themselves against their competitors.

Is S20 A Game Changing Phone?

The inclusion of 5G has surely made Samsung the potential winners of this year’s smartphone awards if Apple & Google don’t come up with something better or at least the same level of technology. It’s as if you’re trying to order glasses online, with all the features that you ever wanted. Not to forget that S20 would be the first flagship smartphone launched this year & would be setting the benchmark for everyone else.

There are three variants offered by Samsung, the S20, S20+ & the S20 Ultra that packs a hyper-advanced 108MP AI powered camera, with an additional 64MP telephoto lens. The phone’s displays were revealed as being 6.2 for S20 & 6.7 inches for both S20+ & S20 Ultra. The Korean smartphone manufacturers further promise a battery that could easily last all day. In the past, however, the battery has always been the Achilles heel for Seoul based tech giants. In essence, Samsung was witnessed as trying extremely hard to take every feature to the max by adding huge strides of improvement in battery, camera & display.

Samsung is also trying to bring in some exciting gaming titles to their phone as well. The 16 GB RAM allows you to game without any snags in the slightest. By collaborating with Microsoft, Samsung announced that they’ve brought ‘Forza Street’ to Galaxy phones.

With its impressive specifications, there’s no question that Samsung has set the pace for the others to catch up with. It won’t be a surprise for us to see major network providers bring in 5G into the mainstream this year, though it won’t be without any hiccups. Samsung has already discounted the previously launched S10, bringing its price down to 750 dollars. There’s still a lot to be seen how things play out once smartphones are launched in the latter quarter of the year by Apple & Facebook. As for the future, a lot more has to be seen.  On the whole, it can't be denied that Samsung always forces the other players in the market to step up their game for the masses.